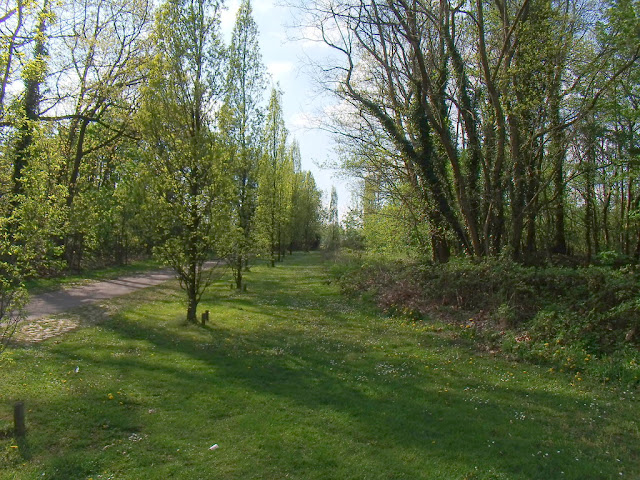 I love stuff. Making stuff, buying stuff, keeping stuff. Don't we all? A couple of years ago I discovered the Bowl Full of Lemons book. I love a good organizing book, but most of them fall short. This was the first book that motivated me enough that I actually got out of my chair while reading and started rearranging my kitchen set-up. It was not much later that I found the Facebook group that has a kind of organization-fest every January. I took on the challenge that year and it not only changed my entire way of thinking about and keeping my home but I must say it was a real lifesaver a couple of years later when we sold our house. I still had to do a huge downsizing, but it was clear that without the big organizing a year earlier it would have been impossible to move in the timeline that we did. When we did get into our new home I used many of the methods I had learned from the book in our new place. From the get-go, my kitchen, for example, was ready for easy cooking almost immediately after I unpacked. 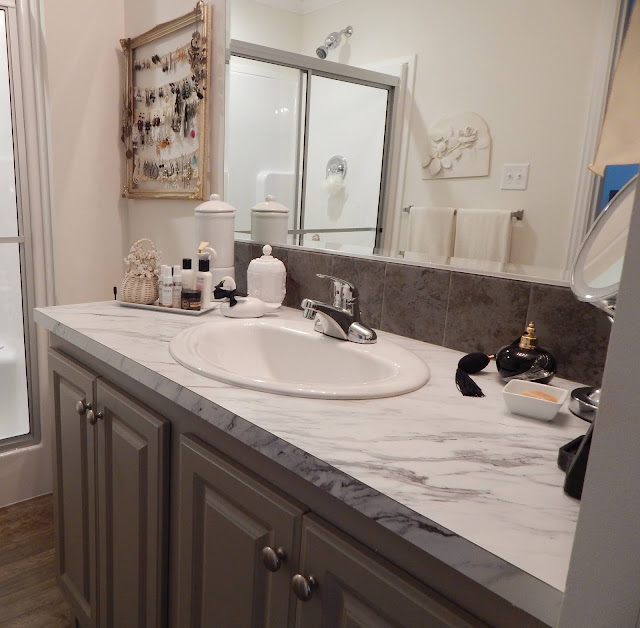 This year the group has an October purge and I didn't hesitate to check it out. It's a simple 30 days purge where you take a couple of minutes to attack the areas in your home that tend to get cluttered. For the first of October, it began with the bathroom counter. Mine was set up attractively, but when we moved I put out far more items than I actually needed every day. This morning I took a look at all of the clutter and pared it down. Now I have much more workspace and an easier space to keep clean. 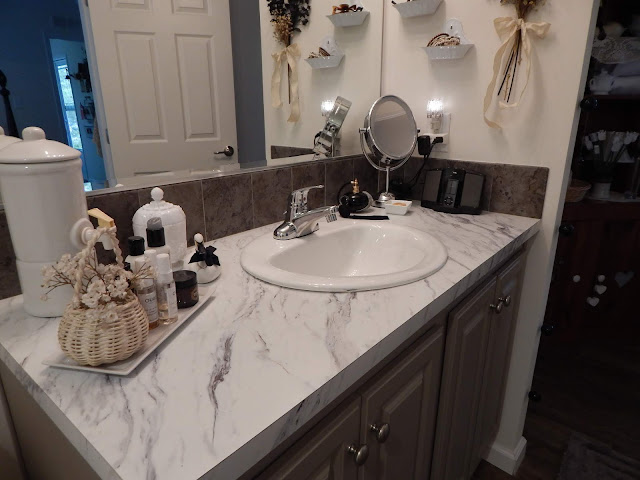 This purge is a good way to begin, whether your house is pretty well organized or you are getting buried under all of that stuff we love so much!

Thanks for visiting! Please come again.

Posted by Nanette on October 08, 2019
Email ThisBlogThis!Share to TwitterShare to FacebookShare to Pinterest