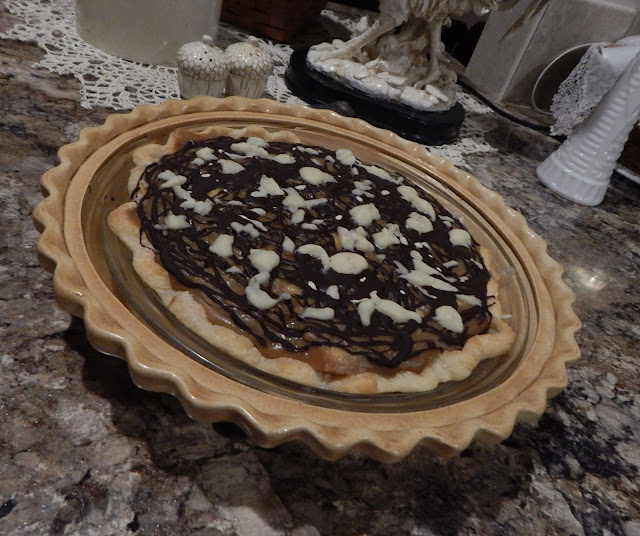 When last we looked at pie we were disappointed in the Citrus Cranberry. We have become very spoiled enjoying pie every day, while we tackle our daily Sudoku puzzle, so it was a dry week. I planned to make up for it with a really decadent pie and found the recipe for Banana-Butterscotch Cream. I wanted something truly naughty and this pie was spectacularly wicked! It was rich and sweet and filling and full of delicious and surprising flavors. It was a bit of a job to make but it's perfect for those special occasion desserts and over the top bragging. 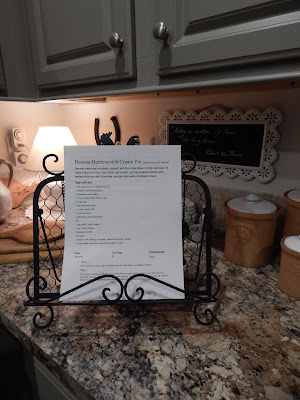 I found the recipe on the Betty Crocker site. All of the best pies I have made have come from my trusty Betty Crocker cookbook so I looked there to find something new but reliable, from the same folks. 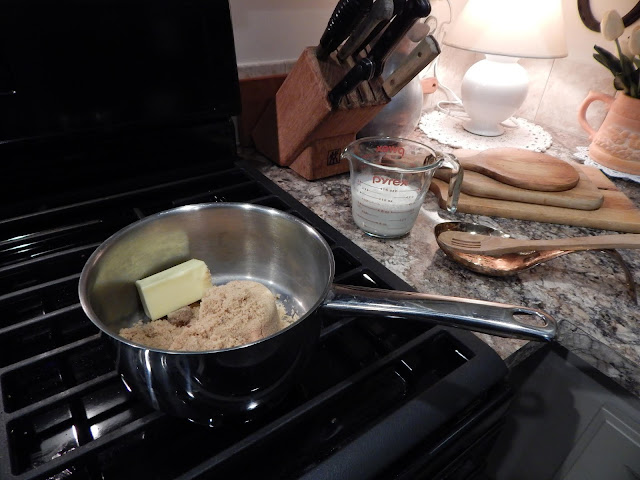 There were several steps to this recipe. One pot was needed for some ingredients, another pot for others. Once I read it through I thought it a good plan to get out all utensils and measure all of the ingredients first, mixing things in little groups so I could get right from one step to the next without distraction. This worked out to be a very good plan due to the unforeseen panic and confusion that soon followed. 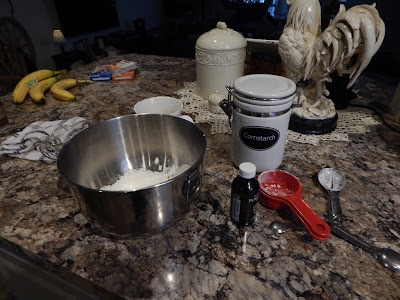 Oddly every step was named "Step One" which made me laugh as I measured out the items. I mixed the brown sugar and butter as instructed, set the timer for the recommended cooking time and stirred and stirred while it cooked. The recipe said to cook it quite a while until it almost smelled burned. That happened much more quickly than the recommended time. I had already turned the heat down lower than the suggested setting and decided it was probably done enough. When I stirred in the cream, it sputtered like the instruction said it would, but the sugar mixture hardened. Like. a. rock. Uh oh. I stirred and whisked for several minutes but the hard lump remained. At this point, I wondered if this sugar mass was a fail. It kept sticking to the whisk but I decided I'd keep on with the recipe anyway. If the lump didn't break down I could easily remove it. After all, it was all stuck together. I forged on. 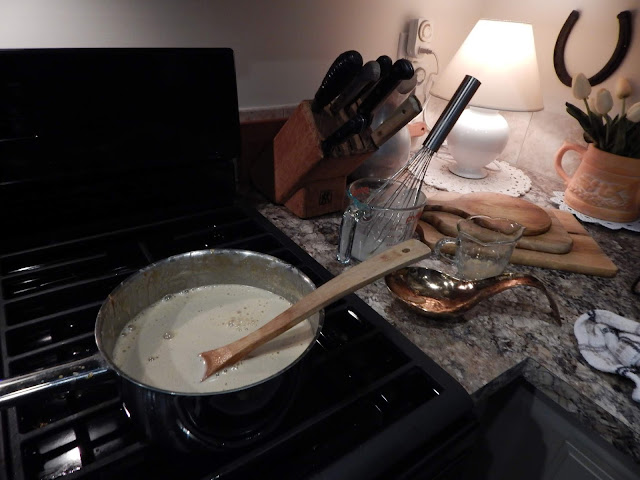 As I continued adding ingredients it worked itself out. The mixture liquified and then thickened nicely. Because of the unexpected whisking and stirring there was sticky stuff everywhere! My stove was a mess! 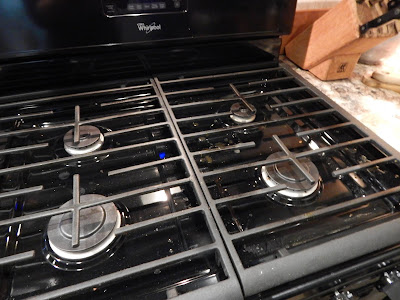 I added the bananas, filled the baked pie shell and put the pie in the refrigerator to chill. I didn't chill because I had to find my stove. I managed that and then started on the chocolate for the topping. The dark chocolate melted beautifully and drizzled over the pie perfectly. The white not so much. It was stiff and uncooperative and I had to thin it with a couple of drops of coconut oil just to get it to drip onto the pie. I looked at the photo to see how the Betty Crocker bakers made out and interestingly I can't see any white chocolate on their example at all. Curious. 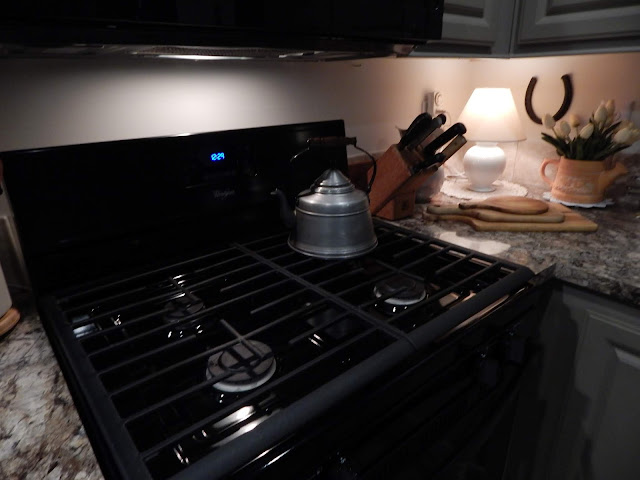 Several hours later it was time to try the pie. 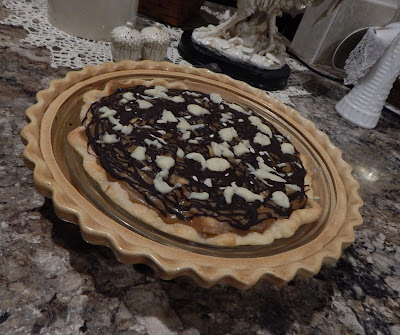 Wow! This pie was worth every bit of effort! At first bite, you are hit with how deliciously the firmness of the bananas mix together with the crispness of the chocolate topping on your tongue. Then the butterscotch sneaks up and puts all of the wonderful taste sensations over the top. Suddenly last week's pie is completely forgotten and all is right in the baking world. This one was wonderful. And will be all week. I think I'll go have another slice right now! 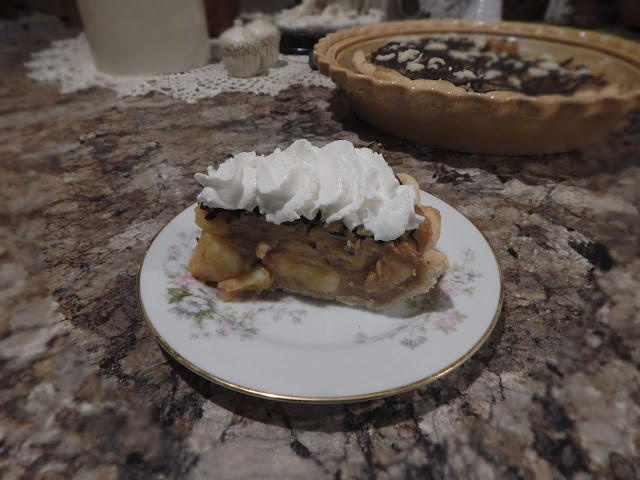 Update: Our cranberry pie neighbor returned the pie plate earlier in the week with appreciation. He  reported that they did enjoy and finished the pie happily. I sent him back to ask eveyone in the household what pie they might like. I just can't let them think my pies are always so bitter. They're deciding now between blueberry or apple. I suppose that means this story is 'to be continued'.

Posted by Nanette on October 22, 2019
Email ThisBlogThis!Share to TwitterShare to FacebookShare to Pinterest