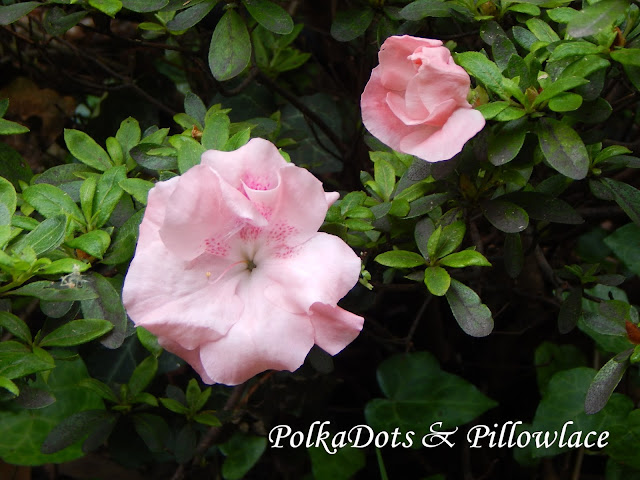 I got a lovely letter from my sister-in-law last week and, as with all the handwritten cards and letters I get, I was thrilled. She shared her love of baseball and bird feeding among other topics. She wrote that she had converted from the standard bird seed mix to a “no mess” blend. They're also called “no waste” or “patio” blends. This mix of bird seed is designed to put into feeders over decks and garden areas where you don’t want shells and hulls from the seed leaving a mess or growing odd millet grass and such. Anyone who has ever set out a bird feeder knows that they are a dirty fixture. Over time my feeders have eventually migrated to the very back of the yard into a tree covered area beyond the driveway. There the fallen shells can be raked up easily without spoiling my roses and annual flowers. The birds are happier there as well where they can reach safe cover quickly from local red tail hawks and various free roaming cats.

I looked into the no-mess birdseed in the past and, however nice it sounded, discounted it because of the cost. My sister-in-law wrote that she was seeing all kinds of lovely birds and said that in the long run this seed was more economical. So I got serious about considering this type of seed.
I began by looking at what I was currently paying for bird seed. I ordinarily buy it at the supermarket on my usual shopping trips and I buy a bag that weighs about seven pounds. I have two large, squirrel-proof feeders and I dump in the seed and it lasts the better part of a week. That is my “allotment” in bird seed. A bag that size costs me somewhere in the neighborhood of seven to ten bucks. The last few weeks I have been unable to get the usual seed mixes and instead was forced to buy black oil sunflower seeds only. This mixture makes the cardinals that visit my feeders quite happy as well as the chickadees and the squirrels. I don’t think the lovely cooing mourning doves care for it as much and neither do the finches. There was something else as well - the terrible mess. The shells piled up in hills beneath the feeders and with the frequent rain we've been getting it was a job to maintain. After spending two hours raking and shoveling shells, my sister-in-law’s suggestion sounded better all the time. 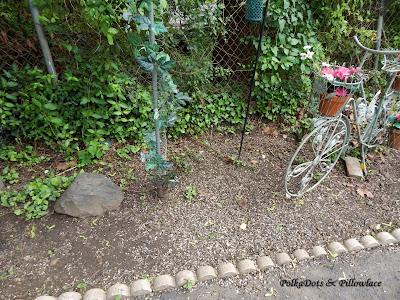 In one seven-pound bag of black oil sunflower seeds it was clear at least half of it, maybe more, was all shells. Not only were the castoff shells a mess, but sunflower shells are a natural herbicide. Nothing grows beneath my feeders. I learned that lesson years ago after planting dozens of impatiens out there to brighten up the rather wild space. I've accepted that I can’t grow flowers beneath the feeders but it did make me wonder what other problems all those shells might be causing. I looked up the price of no mess seed blends.
My calculations showed that the husked no-mess seeds figure out to be about twice the cost of the ordinary mix, assuming it is purchased in bulk, at least in 20 lb. bags. Most companies ship free so that makes a difference. I could purchase it in smaller portions, but then the cost would be higher. But I would not be paying for shells at all. From there I began reading reviews.
Nearly every review I read was very positive. There were descriptions of cleaner surroundings at the feeders and a larger variety of colorful birds. I enjoy the birds I do see at my feeders so this is a bonus. Most people did complain about the price. No surprises there. But then I thought if every single bit of seed was eaten, even every crumb that dropped, it might be worth it. I ordered one twenty-pound bag. 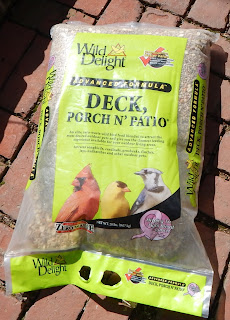 It was scheduled to arrive in a couple of days and while I waited I scrubbed and cleaned every feeder and raked up the space underneath until there was nothing left but hard packed dirt. The birds were befuddled and disappointed. The mourning doves strolled around in circles looking for anything at all to forage. The other birds avoided the area completely and didn't even look into the feeders. The squirrels were absent as well. I figured they went off to a regular alternative food source. Like me, a few of my neighbors toss out day old bread and an occasional pizza slice. Once the new seed came I filled the squirrel proof feeders with the new mixture and got out my camera and sat back. Nothing.

I wondered if maybe the birds were spooked by a couple of days of no seed and the completely well-raked area devoid of any leftovers. I know bird-watching demands patience so I waited. After a few more days still practically nothing. Then the new situation began to reveal itself. Some birds were coming, but very few. 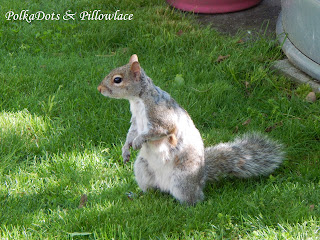 I watched several sparrows try to go to the feeders but now the starving squirrels had gone full bully. In their hunger they turned just plain mean. If they couldn’t have anything to eat then neither would the birds. A few hungry doves tried roaming beneath the feeders and were disappointed. Without any birds visiting and tossing seed at the feeders nothing fell at all, not even the less preferred seeds. No birds, or anything else were eating. My regular cardinals came to visit and braved the bully squirrels but turned their beaks up at the new seed. My experiment was over. Yes, there was no mess, that was very true. But there were also no birds and the squirrels looked about ready to arm themselves and storm the castle. That wouldn’t do. It was time for another plan. 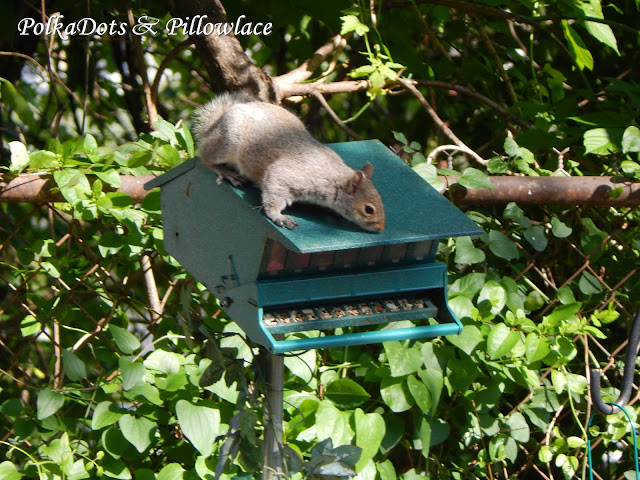 We are starving here!

Now I have a huge bag of “no-waste” seed that will not be eaten. It looks tasty enough. It has bunches of shelled sunflowers seeds and peanuts and it shouldn't go to waste. When I shopped this afternoon I bought a good regular bird seed and a bag of thistle. I knew that is a mix that the beautiful birds and silly squirrels have liked at my feeders for years. I dumped them both into a big bin with the no-waste stuff, mixed it all together, spread a bit about on the ground and filled the feeders and waited. 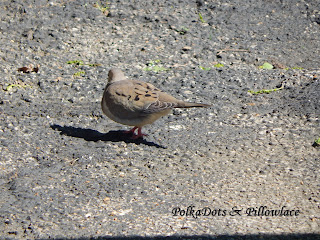 The following day the birds came back in their regular numbers with the addition of one pretty blue jay and a few starlings. The squirrels are happy, the birds are chirping and all is right in my bird world again. Now I know, no-waste seed might be fine for some folks, but not for me and my usual visitors!

Posted by Nanette on May 21, 2016
Email ThisBlogThis!Share to TwitterShare to FacebookShare to Pinterest