What's In Your Closet? 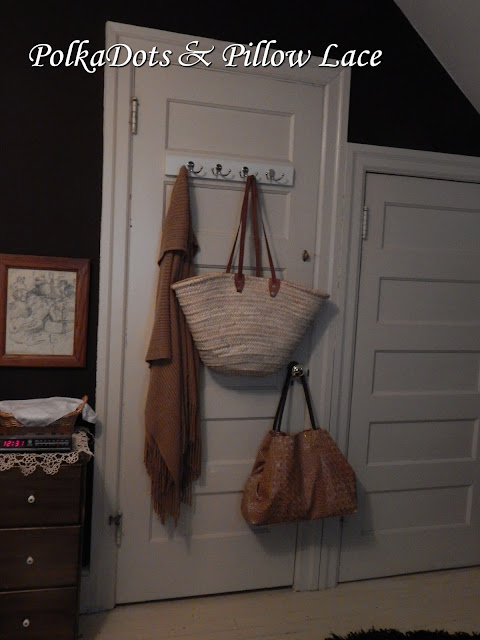 Although the temperatures are still in the ‘90s and my poor lawn has gone beyond dormant and looks like a hay field, my calendar says that summer is coming to an end. My husband has once again found his favorite football channel, namely, Red Zone. It's a channel that "summers over" with quiet elevator music, very Girl from Ipanema, and is off the air until the games begin. When football season strikes it switches over to a lively, handsome, young fellow who manages to call all of the games almost simultaneously. He jumps from touchdown to touchdown, showing all of the most exciting plays, until, finally, late in the evening, they sign off and the elevator music resumes. It’s like my husband has found a football roller-coaster. When it switches off it feels as if the ride is over and you step back onto the platform with wobbly legs.

I don’t mind, in fact I think it’s a little sexy. Men find different things interesting than women. It's what he looks forward to this time of year. It's his autumn. Personally I’d rather think about clothes. Soon the heat of summer will dissipate and I can actually get dressed again. Not dressed in some t-shirt that wrinkles even in air conditioning and hair that needs to be pulled up off the neck just to keep from perspiring too terribly, but autumn fashion. It's the best. Somewhere in the clothing calendar between clammy, clinging bras and down-filled coats, there are sexy sweaters and suede boots and snugly scarves to drape seductively around shoulders. There's a blush in your cheeks that does not come from melting. I adore fall.

Unfortunately for my bankbook it is also the time of year I love to shop. Maybe I’m a sucker inundated with all of the back-to-school hype. No, I’m not going back to school and I certainly am not moved to buy clothing in the new styles that seem to have that, “I found this in the laundry basket” look. That's for the young. This is the time of year my eye is caught by a lovely camel coat or practically anything suede. To avoid being in debt before the holiday hype, which happens earlier every year, I find what I need to do is shop in my own closet. This year I will do that with a twist.

In January I decided that I would get my clothing organized and took on a challenge. At that time I removed everything from my closet. I donated anything I knew I didn't want and rehung everything back on hangers backwards. I felt like I had too many clothes and nothing to wear. The plan is that once you wear something you put it back on the hanger the right way. At the end of the year you seriously evaluate everything that's left hanging backwards. It was pretty simple and easy enough, once I had emptied out the closet of course. I made the investment in some velvet hangers which were not too expensive really. Instead of keeping a plethora of plastic and wire and store cast-offs, I decided that if the hangers were consistent I might get back a few inches of precious closet space. It was worth every penny. That simple thing did reclaim space. I certainly needed it. I have come to the conclusion that the ladies of the ‘20s, when my home was built, didn’t possess very large wardrobes. Either that or slender flapper styles took up little closet space. Whatever the thinking, my closet is as wide, and not much deeper, than its door.

Now, the last purge in January seemed a good idea at the time, but I missed some of the things I gave away, in fact I still do. Those cute high heels that I only wore when I worked outside of the house, the ones with the adorable bows at the heels, are gone forever. I hadn’t worn them in ages, but I still think of them now and again. But, I can’t do that. I have to be realistic and responsible. This takes planning. So, before I even open the closet door and begin the partly-exciting and partly-depressing project of sorting out my clothes, I have to get my mind right. I tell myself things like, “There’s probably clothes in there you forgot you had!” or “Maybe you’ve added a new piece that will look cute with something you already owned and now that it’s fall it will be new again!” Perhaps, if I brainwash myself, the experience will be invigorating and I really will enjoy it. Then there's that hanger challenge thing. It hasn't been quite a year, but enough seasons have passed that I should be able to see a pattern in the backward hanger test.
As I geared up for  this closet sort out I recalled a conversation I had with a friend years ago. I was modeling at the time and she stayed with me a couple of days. When she saw the inside of my closet, she commented that I keep a wardrobe like a "Parisian".  I had no idea what she meant at the time, but it came back to me the other day and I looked it up online. I was amazed how on-the-money she was. It seems that the women of Paris are quite famous for their pared-down, essential style. How nice. It's always a pleasure to know that I'm not alone in my methods of madness. It also made me realize how far from that style my closet has roamed.


Eventually I admitted the truth to myself. The most difficult part of the project is not doing the closets at all. Doing it would be an expedition of discovery. I’m certain I do have things I forgot I had from last year’s cooler seasons. I’m sure there are things in there that I passed over that I will see with new eyes. And there's that hanger test as well. I don’t own that much clothing, (let’s not talk purses here please), so it won’t take more than an hour or so. Maybe a bit longer.
In reality the very worst part of taking out the fall wardrobe is the self-imposed dread. It’s all in the procrastinating psych-up. I know that fact, but for some reason I am compelled to go through the process just the same. For far longer than it will take me to rediscover my clothing, to pull it all out and lay it over the bed, for much more time than I will spend taking bags to Goodwill, I have to think about it. I’ll have to take a bunch of deep breaths, look at myself in the mirror, flex my muscles and get cracking. That’s the part that makes it really difficult. 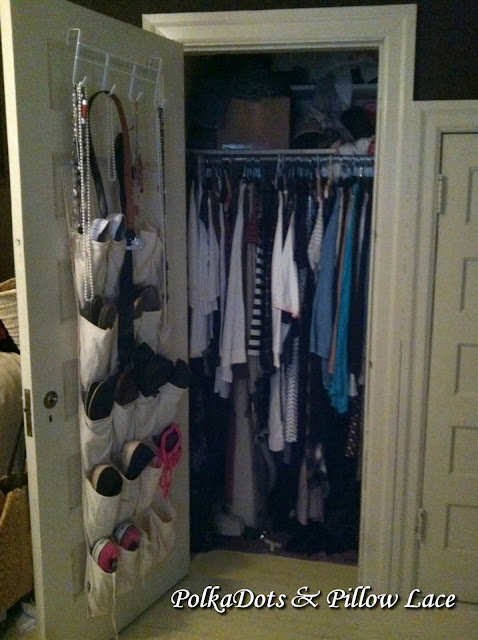 On Labor Day I stopped the madness and I just did it. I took everything out and sorted it. Everything that was facing the right way on the hanger went to one side, the backwards hanger clothing on the other. If I felt kind of of "eh" about anything facing right, for example I had worn it but wasn't thrilled, it went into the backwards hanger pile. I have sorted out my closest at least once a year for a very long time. This time was really enlightening. I have to say I was very surprised.

What fell into the not-so-hot and unworn pile was anything brightly colored, cheap or ill-fitting. There were also those fad pieces that I thought I wanted in the store but weren't me once I tried them on. What fell into the favorite stack was mostly neutral, black, white, grey and some shades of brown. They were the things I bought in better stores or with good names in second-hand shops. As I expected, there were things I wore often, my basics. They are the things that mix-and-match well and go with the other things I kept. They are more traditional and feminine.
I looked at everything. The right hangers almost all went back into the closet. I set aside a few pieces that needed repairs, but not too many. The backwards hanger pile, with only a couple of exceptions, such as the evening gown I wore to my daughter's wedding, went in a donation bag. 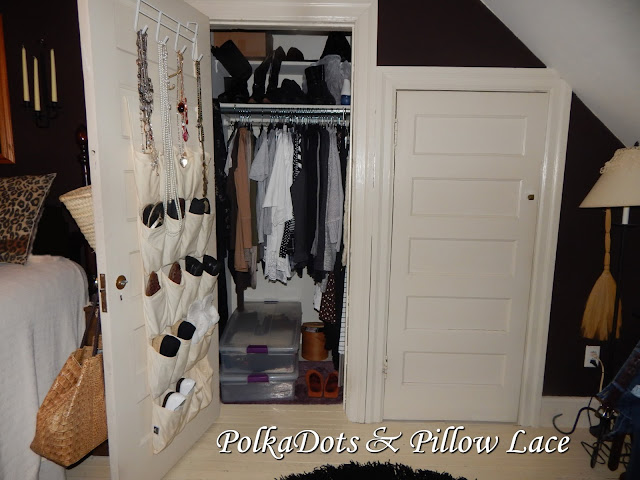 I looked over the refilled closet and was relieved and enlightened. Now it only holds what I like. I can pull out anything and wear it at any time. There's nothing left I would drag out when searching for just the right outfit, try on and toss aside. There's nothing that does not fit my body or my style. All the rest, now off for donation, were only the things that I kept to make myself feel like I had tons of clothes. I did, but they were things I never liked and did not wear. Another lesson I learned is that your clothing should be who you are. It should reflect what makes you feel amazing and confident about yourself. Many of the pieces I gave away were never me from the start. I almost always bought them when I thought I needed something new "just because" or if I had a book signing or other event where I thought I needed to look better than me. When I did that, what I wore was not me and I was not comfortable. Your clothing is your skin. It should augment who you really are. It doesn't matter what style you are, as long as it's your style. No matter your age, or your gender, or what your wallet holds, if it's hanging in your closet and it's not you, if you can't wear it as your personal"uniform" send it off to someone who should be wearing it. If that means you have two outfits that are the real you then you have a really roomy closet and the perfect wardrobe... for you.
Posted by Nanette on September 12, 2015
Email ThisBlogThis!Share to TwitterShare to FacebookShare to Pinterest