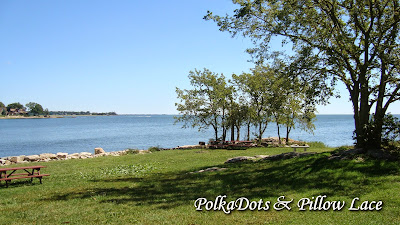 As a modern day novelist I keep several accounts on social media. From these sources I get email and colorful words of inspiration. Sometimes they are encouraging and other times they are designed to amuse and delight. Recently I came across a list of excuses for authors. It was titled, “A ten week course for creative writers”. I can appreciate the humor that is intended in the list. I particularly enjoyed, “Finding the perfect font”. Once I had a good chuckle, I thought seriously about what the joke was saying. 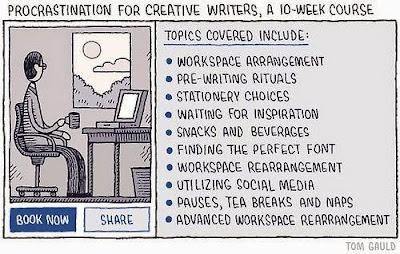 For anyone, especially a writer, procrastination can be a terrible thief. It’s a clever bandit because it seems so harmless. It sneaks up on a person with innocent excuses, stealing away one minute here and another there. Before you know it, it has taken away a day, a week, a month and then years. It’s gotten me. That old procrastination disguises itself in a harmless way but the place it lurks in a writer's mind is dark and dangerous. Whenever I find myself falling victim to this bandit I know it’s time to take a good look at where he resides. I have learned that the little demon that likes to help me procrastinate has a favorite hiding place comfortably seated is upon my self doubt.
I think every writer, every artist, harbors doubt. They ask themselves if their work is good enough, if it’s profound, purposeful, meaningful and important. Since we are our own worst critics it can be easy to answer that question with a doubt filled “no”. I've been there. After I first wrote Stavewood I put it on the shelf for a very long time. I worked hard at it, and finished the first draft of it in only a few months and then I hid it away. Eventually I ran across it while cleaning and reread it. I had written what I like to read for the way I enjoy reading. I am not the person who has books stacked around me at all times and jumps from one novel to the next always seeking a constant stream of literary adventures. I applaud those who do, but I read differently. I pick up a book and read three chapters, five if they are short. If the book hasn't gotten to me I move on until I find one that captures my imagination. Once that happens I live that book. I read it constantly, enjoy the trip, and don’t put it down until it is finished. I immerse myself in the world of the author completely and then I return to reality. It is unusual for me to pick up another book immediately unless it is the next in a series or a continuance of the same story. And so, I write with that in mind. I put together a story to be swept into and that takes my readers to another place and another time, to briefly live out a moment in my characters’ lives. When I wrote Stavewood, even when writing the sequels, my intention was to carry you away for a little while from the now. Because of that I found that Stavewood was my kind of book. When I reread it I liked it. 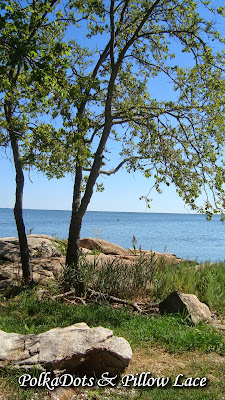 It was not until then that I really got active seeking out a publisher. Since I don’t market myself well, it took nerve and determination so when I got nice letters saying thanks, but no thanks, I kept at it. When I got discouraged I read it again. In those days I had to believe in myself. By the time I was finally published I had learned a huge lesson. Although I did not see it at the time, the thief procrastination had taken years of success from me. I often wish I had taken steps to get published long before I did.

Once I got serious and recognized procrastination for the thief he really is, my life changed. I realized that the little bugger was eating away at other things in my life too, and I started recognizing more and more how he works. He even tries to distract me with other responsibilities so that I can tell myself that I’m doing something else important. He’ll suggest that I clean the bathroom first, before I write, or that I check my email in case there’s something important in there. Now I know how he works and I still might let myself be pulled away but I see him and he’s not such a successful thief any longer. I confront him in myself and I  no longer linger over which font to use or rearranging my work space. Because I shine a light on where he is lurking and know how he gets to me I’m much less fooled by him. Now know him, he is me. He is the fear of failure and the question of my own ability. I remind myself that he might seem harmless but what he really is is the guarantee of failure. Because the thief procrastination will take my love of writing and my great story and put it on a shelf. When he does that he wins and I lose. Now I stand up to him and know that my writing is too important to leave out for such a thief. 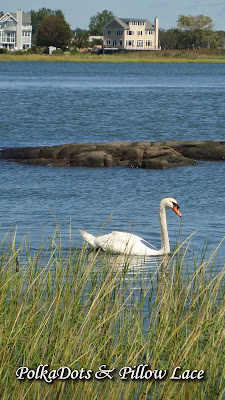 Thank you for visiting. The seaside photographs are from a trip to beautiful New England. Please come again!


Posted by Nanette on May 16, 2015
Email ThisBlogThis!Share to TwitterShare to FacebookShare to Pinterest