A few days ago I hung another year on the line, as  Paul Simon says in his song Havin' a Good Time. It is autumn now on this lovely planet and in my life as well. Again a song is rattling around in my mind, a song from my youth. It's another Simon and Garfunkel tune, A Hazy Shade of Winter. 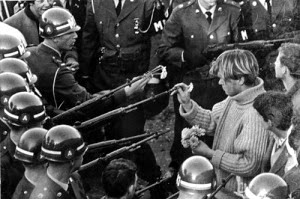 I was born in 1953, sometime between the dinosaurs and The Beatles. I also grew up in Venice, California. When the Haight-Ashbury era had lost its glamour, the hippies came to my home town. It was amazing. It was a time of fantastic music, art, expression and ideals. I grew up during a great renaissance. There were war protests and activism and through everything, even through the questions of racism and women's rights, there seemed to be one rule. You were cool or you were uncool. To me it seemed that, if you were yourself, just and open minded, with a clear sense of right and wrong, and you were accepting of your fellow man, then basically you were cool. You didn't try to repress anyone else or their ideals. I even remember lively political discussions in which people kept an open mind and exchanged opinions peacefully and with respect. Then, on the other side, if you were uncool you didn't accept the people around you or their opinions. Everyone had to look the way you did, like what you liked and believe what you believed. All of that was uncool. 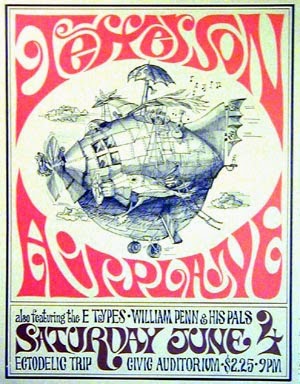 It was a great time for me, as an artist. I did learn to play a bit of guitar, something I think nearly every kid of the sixties at least tried. I love music and can still probably play most of the major chords, but it was not my art. I learned that I preferred to listen to someone who had a real passion for the guitar. I sewed like crazy and made most of my own clothes and the more distinctive they were the better. I danced, even taught dancing for a while. It was art and I loved it. I drew and painted, wrote poetry and embroidered on velvet. I collected purses from India and painted the lyrics of popular songs onto my bedroom mirror. My father thought it mad and drug enhanced. My mom loved Paul McCartney.
It was a hard time too. Not just for me personally but for the nation. I sat in a classroom listening to the news of the Kennedy assassination and remember walking home that day to find my mother crying in front of the television. It was heartbreaking. To this day there are discussions about the guy on the grassy knoll and theories of how many bullets were fired and by whom. Questions for which we may never know the answers. It happened in a time when those who were cool were suspicious of the government which was largely deemed uncool. After all, it was a government which was sending our young men into an unpopular war and was lying to and manipulating its population. But it was a government who could not stop its youth. The young people of America wrote music that voiced an opinion, songs about morals and right and wrong. It was a huge population of young people who wanted to be treated with respect. It was wonderful to be part of it. When I see a young person today "letting their freak flag fly" in the way they dress and mistrusting "anyone over thirty" it still makes me smile. It was wonderful to be growing up in a time where you knew who was cool and who was uncool. Look around now and see if you can tell. 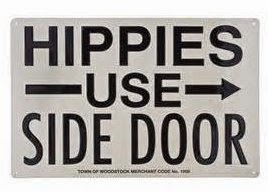 https://www.youtube.com/watch?v=bnZdlhUDEJo
Posted by Nanette on November 22, 2014
Email ThisBlogThis!Share to TwitterShare to FacebookShare to Pinterest