A local television station featured a Shirley Temple marathon yesterday. I turned on the television in my studio, which I rarely do. Her sweet face and wholesome voice were the perfect background to a sunny, snow covered, February Sunday. It was not long before I stopped, for a moment here and there, to catch a scene, and then got out my knitting and watched. I realized that those films, little stories of love and warmth, set all over the world and at different points in history, were seeds to my imagination. Now, they made me stop and think back to when I first wanted to write. It was not very clearly defined when I was a child but I now I see that the beginnings were there.
My mother would have had reminiscences, had she been alive today herself. She'd have things to say about many of the icons of her time that passed recently, Annette Funicello or Sid Caesar, but Shirley Temple would have had her giving a musical montage of songs from Miss Temple's films. My mother loved to sing and she knew the words to every popular song of her time. She also cried. She cried when the Grandfather couldn't get to Heidi and when The Little Princess found her daddy. These are the kind of things that pull at your heart strings. Not everyone wants to let that happen but I always did. I love love.
Wikipedia defines romance as "...The expressive and pleasurable feeling from an emotional attraction towards another person associated with love." That seems about right I think. It's not about sex or even being an adult. If you let your heart wander and let in love then you are a romantic. I myself cannot imagine life without it.
In between enjoying old Shirley Temple films I romanticized about spring. Winter has been tough this year. I don't mind the huge amounts of snow so much, but the regular single digit temperatures are what I find confining. There is much to do in the garden and it mocks me and calls to me as I view it from my kitchen window. Now the turtle doves are huddled around the heater in the birdbath and a fat robin that has visited often for the last three years sits on the fence outside the opposite window waiting for worms. I buy them in little tubs or give them to him while digging in the garden. He follows me around the yard like a puppy some spring days. He's ready too.
This day I have another book on the shelves and one on the burner. I love that my writing is justified now and no longer just a guilty pleasure only shared with the closest of friends. Now the friends and followers who read them are numerous and their notes, letters and emails are precious to me. I love a fresh rose on a summer day, a robin like a pet in the yard, a heartfelt card that thanks me for sharing my feelings of romance and everyone out there who needs a tissue for a Shirley Temple film. 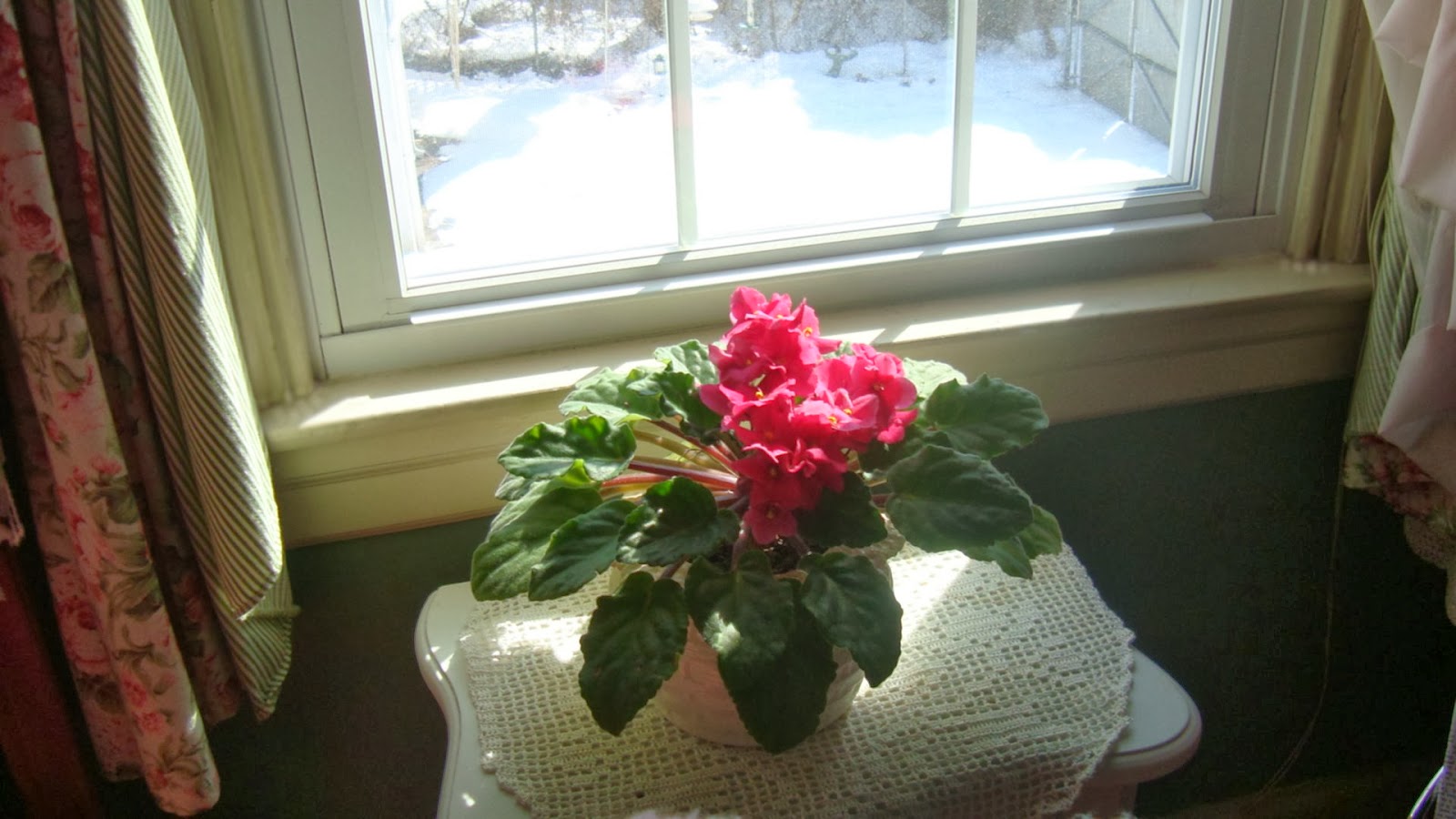 Posted by Nanette on February 17, 2014
Email ThisBlogThis!Share to TwitterShare to FacebookShare to Pinterest